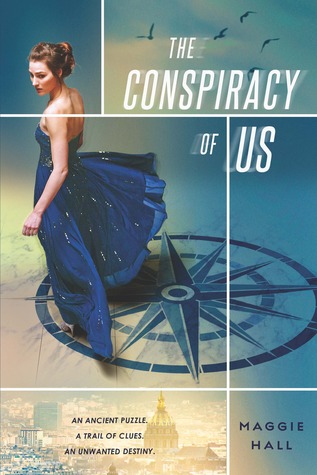 Avery West has an ordinary life. Her mom’s job takes her everywhere in the United States, each move presents a new house, a new school, and new people. After breaking her Plan – a strict code that prohibits her from becoming attached to the life that will inevitably change when she moves – she accepts an invitation to the prom. This decision changes her life. Throughout the book she flies on private planes, solves puzzles, and nearly escapes death. All because the father that left her when she was young was part of a secret organization called The Circle of Twelve. The Circle of Twelve is made up of twelve families that have started both world wars and control the world! The Circle of Twelve believe Avery is key to an ancient Prophecy and will do anything to have her in their possession. The Order wants to kill her. While running from the Circle, the Order, and the police with the END_OF_DOCUMENT_TOKEN_TO_BE_REPLACED

Saènz B. (2012). Aristotle and Dante Discover the Secrets of the Universe. NY: Simon & Schuster Books for Young Readers.

Ari doesn’t have many friends, he’s kept to himself, angry and unfriendly to most of his classmates at school; however, when he runs into Dante at the local swimming pool, a

unique friendship forms there. Ari and Dante find out that they have a lot in common, and over a long summer, spending time together, their friendship grows stronger. Over the years through high-school, Ari and Dante must stick together to work through this tough time in their life. They have intellectual ponderings about the world, throw their tennis shows down the road and walk home in a downpour instead of running. Their friendship keeps them moving forward. This is a novel that encapsulates a small period of time in two boy’s life and tells a tale from it. Ari and Dante grow as the story progresses and mature as the plot develops.

Aristotle and Dante Discover the Secrets of the Universe is a beautiful book with well written dialogue. It is simply a must read.

“I sweat terror, Robyn! I’m scared every single second about every single goddamned thing. I worry obsessively about being buried under an avalanche of fear. Jesus, Robyn, I’m scared like only the truly crazy can be.”

“But that, is the definition of courage: you go on despite the fear.”

Stress! Not only young adults who manage Obsessive Compulsive Disorder (OCD), as Adam, our protagonist, does are affected by it but also those

who need to live through anything from a parent’s divorce, broken hearts, to blended families, as we see in the rest of the characters. Toten’s The Unlikely Hero of Room 13B, winner of the Canadian Children’s Literature Award, is about an almost fifteen year-old boy who falls in love with a girl. Naturally, a few problems arise. Robyn is older and taller, and has OCD herself. Adam’s parents are divorced and have given him an annoying step-brother. Even though Adam struggles with a lot everyday, he still cares and worries about everyone else in his life. And even though END_OF_DOCUMENT_TOKEN_TO_BE_REPLACED