This story takes place in France, Connecticut, New York, and a bit in Italy, switching from contemporary times (2002 – 2005) to World War II. One of the major themes revolves 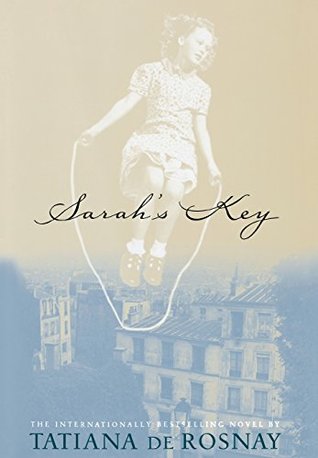 around love, notably the deep love between Sarah and her brother, who are separated.

The story starts in Paris in 1942 when people who were Jewish were being arrested in the middle of the night. Sarah needs to make sure her brother does not get caught so she makes an agonizing but necessary decision to hide him in their secret hiding spot, not knowing that it would be a while until she returns. On the flip side of the story in 2002, Julia is married and has lived in Paris for twenty-two years as a journalist. Currently, she is writing a story about Jewish families during War World II and she discovers a huge secret her father-in-law and his family have harboured, after which she is driven to find Sarah.

Sarah’s Key was very satisfying. Some of my favourite book are books about this time period in history so I enjoyed it a lot. I would give this story an 8 out of 10 because it was incredibly tragic yet it so intriguing and exciting.